Michael Jackson was an inspirational African- American for me and everyone in the world.Michael was a singer, dancer, and song writer.He was the king of pop and was very popular among every race. Michael Jackson was the first black artist to be shown on MTV. Jackson’s song that was played was Billie Jean. Jackson as an artist was always inspirational, but MTV only featured white artists on the channel and he broke the color barrier. Racism existed for a long time and for a black person to be on a channel for white people was just phenomenal and shocked people everywhere. Jackson caused everyone to mimic him and become a singer because of all his talent. Because of Michael, black artists are always shown on MTV. He made a positive impact on his race for years to come. Michael created an example for people of color to follow and anyone trying to make a difference. Segregation very much happened and it even happened with who was shown on tv and each channel. Michael Jackson as a person cared about people and the world. Jackson wrote and sang songs all the time about making a change. This is another example of how Michael tried to make a difference. Songs like “Heal the World” and “Earth Song” not only makes you want to sing and dance, but also help save the planet.This is why Michael Jackson is so inspirational along with more of the countless things he did. 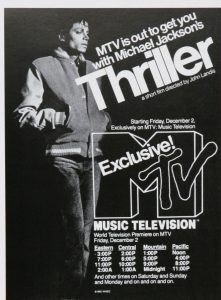